The Great Wall is located in the northern part of China, it Shanhaiguan in Bohai Bay, Hebei province, east, west to Jiayuguan in Gansu province inland areas. Trans-Hebei, Beijing, Inner Mongolia, Shanxi, Shaanxi, Ningxia, Gansu and other seven provinces, municipalities and aotonomous regions, and total length of about 6,700 kilometers, about 13.3 thousand years, in the world, the Great Wall reputation.

The Great Wall in Chinas vast land of the north east and west lie the roling one, imposing, as long as more than ten thousand li long wall.This is considered the worlds architectural history of the Great Wall a great miracle. Great Wall is Chinas ancient defense project is a great crystallization of ancient Chinese peoples strong determination and a high degree of wisdom in ancient China embodies the remarkable achievements of engineering thchnology, but also shows the Chinese nations long history. The Palace Museum is located on city center in Peking.China is existing biggest,most integrity of thou building cluster.It is been one of five greatest temples in the world by the fame. The Summer Palace, the imperial garden of the Qing Dynasty in China, formerly known as the Qingyi Garden, is located in the western suburbs of Beijing, 15 kilometers away from the urban area, covering an area of about 290 hectares, adjacent to the Yuanmingyuan.

It is a large landscape garden based on Kunming Lake and Longevity Hill, based on the West Lake of Hangzhou and drawing on the design techniques of gardens in the south of the Yangtze River. It is also the most complete imperial palace and imperial court preserved. It is known as the "Royal Garden Museum" and is also a national key tourist attraction. 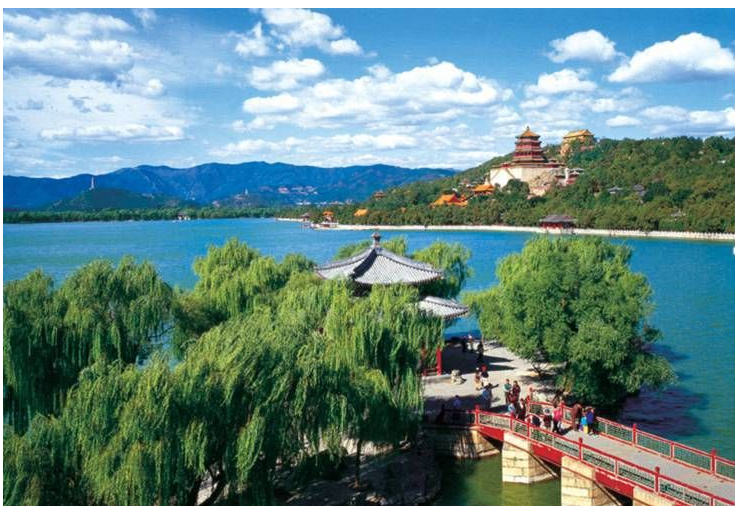 The south which locates city in Peking Altar of Heaven carries, starting to set up after clear and early Yung-loh 18 years, ising clear, two pure emperor fiesta day and the place of plentiful year of imprecation, purely during the reign of Qianlong changing to set up become today this brilliancy grand view of building. The Chinese ancient king claims to be "Emperor", they respect adore very much to the world, historical and each emperor offer sacrifices to world to be a count for much political activity, and offer sacrifices to a building to have a prominent position in Caesareanly all the city the construction, concentrated a great deal of manpower, material resources and financial power, with the tallest technique level, the most perfect art constructs, expecting to construct to build after feudalistic society in the most representative work, Altar of Heaven not only is Chinese the thou construct in the bright bright pearl, also is the treasure that the world constructs a history.